Information on the Sierra de Gata 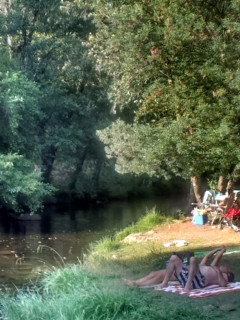 In the vicinity of the Redoble you can benefit from several different river courses, flowing among rocky outcrops and whose banks are shaded by traditional and gall oaks, where you can enjoy the crystal clear waters trapped in all kinds of natural pools. The nearest one is about 2 km from Hoyos, called Charco la Hoya, a recreation area affording the chance of a bathe in a natural setting.

Of similar beauty are the river pools of Acebo, Perales del Puerto, Gata, Descargamaría, Robledillo de Gata… whether natural pools, beaches, gorges, streams that offer the most popular options, with easy and signposted access, or the more hidden spots where the pleasure of bathing in the transparent waters of our rivers is reserved only for you, places with access via country paths which we would be only too glad to show you.

The situation of the Redoble in the centre of the region allows for the largest possible range of activities available for the most demanding of visitors: cultural, gastronomical, adventure, nature…it all depends what kind of adventure you require, as you have a choice of horse-trekking, walking, mountain bike, routes with quads or 4×4, mushroom-picking, bird-watching, water sports….

In the Sierra de Gata there is a place for each activity, and the versatility and ideal situation of the countryside manage to make it a unique experience.

We want to make your stay in the Sierra de Gata cover all your requirements, which is why we will offer you all the necessary information to that purpose; all you need to do is tell us about your hobbies and we will offer you a whole selection of suggestions. 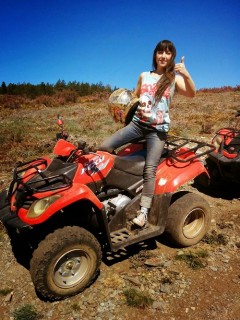 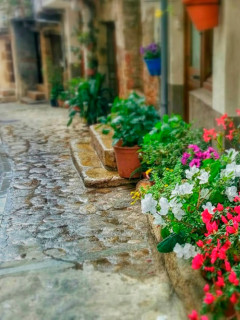 The 20 villages and one hamlet which form the Sierra de Gata are the best examples of originality and individuality; years of isolation have allowed them to preserve an authenticity which other regions and communities have lost.

Genuine features which are maintained in the architecture of the villages, in the historical remains, in the customs, even the form of speech, as in some of the villages (Eljas, San Martín and Valverde) where their own native tongue, A Fala, is still in use, and which its users are jealously protecting. Visits to Hoyos, where we are situated, with a large number of houses with their own coat of arms, signs of a noble past; to San Martín de Trevejo, Complex of Historical and Artistic Interest with its narrow little streets with water running down channels in the centre and its underground wine cellars producing home brew, the famous “Pitarra” wine; to the village of Acebo, preserving an important architectural heritage and famous for its lace-making; to the hamlet of Trevejo, nestling on a vantage point in the shadow of the castle, a visit to which suggests a time warp due to the dedicated maintenance of its houses; to Robledillo de Gata, whose buildings of slate, wood and adobe, maintain a precious balance over the streams which run under their foundations, or Gata, or Santibañez el Alto, or the frontier town of Valverde del Fresno, or Descargargamaría, or Villamiel, or….
Each one has its own special peculiarities and unique beauty.

One of the main characteristics of the Sierra de Gata territory is its service as border with neighbouring Portugal. What was historically an exchange route for transactions of products, now permits us to make day trips to the area of Castelo Branco, full of tourist attractions which the Portuguese have scrupulously maintained in the landscape, gastronomy and monuments, as in the case of Monsanto, whose historic centre rises among enormous granite boulders, or Idanho a Velha, a recuperated village which maintains the singularity and friendliness of its inhabitants.

The same care is shown in its natural spaces, as in the Parque de Malcata, an enormous extension of virgin territory, natural habitat of the lynx, and nesting place of a multitude of bird species.

Or the exquisite treatment afforded the visitors to the Roman thermal baths of Montfortinho, today converted into a high quality thermal resort.

All this, and a thousand other things, you can enjoy by staying at the Redoble, and by planning excursions of under 50 minutes drive from our establishment. 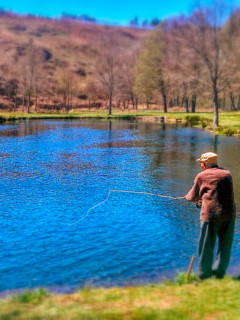