Have a look at our comfortable rooms

A room for each requirement: twin, double, single or with extra bed, but all with maximum comfort and the best price of the Sierra de Gata. Choose whichever option suits you. 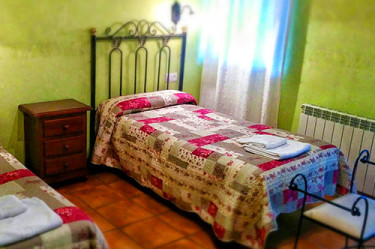 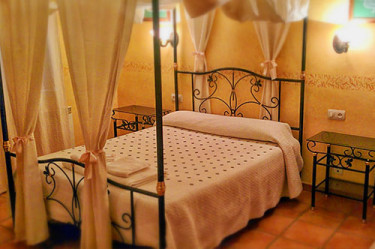 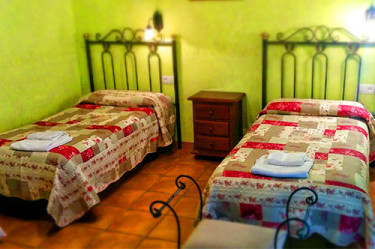 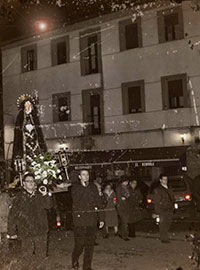 The Redoble opened as such in 1993, which is when the actual owners took possession – Toñi (57 yrs old) and Basi, his wife.

Beforehand, since 1954, it was called the “Pensión Navarro” and was the nerve centre of accommodation, bar and bus transport connecting the Sierra de Gata with the rest of the region.

It was totally modernised in 2004, adding the services of other Hotels (air conditioning, central heating, en suite bathrooms, decoration, etc.), but opted to maintain the traditional name of Pensión El Redoble.

The Redoble is a Hostal with unbeatable prices. The service is friendly and pleasant. I know of very few places you can eat genuine home-cooking for 7 Euros. Special mention goes to the cheesecake. If I were a culinary critic, I’m sure I could write a few lines on it, but as I’m not I limit myself to saying it is impressive.

A place to stay in the Sierra de Gata where the price/quality relation is of the best. Aircon, Wifi, good restaurant with local traditional cooking, and also in the bar, frequented by locals, you can find dishes and tapas almost 24 hrs a day. Hoyos is situated in an untouched nature zone, with plains, mountains and crystal clear rivers with natural pools to swim in.The bus services from Madrid, Salamanca, Irun and Seville make this remote corner accessible. When you are there you want to stay forever.

I’ve been coming for 6 years to this charming village and this delightful and peaceful area. I still re-visit but this time with my wife and son, at least one weekend a year. It revives me and gives me a chance to recharge batteries. After so many years I still keep in contact with my childhood friends in the village, although I never manage to see them all as they all lead their own lives and work in many different places, but no doubt they haven’t forgotten those wonderful years in the Sierra de Gata. The Redoble is without a doubt my favourite Hotel in the area; it has all the necessary comforts with pleasant and friendly treatment, the access is excellent and the cuisine impressive, and, well, what can you say about the wine…the best of all !

We were 5 friends travelling with a child on a lightning visit and found this place by chance. We left pleased with both the service and the food, the speciality being rice dishes which were tasty but could be improved upon. The starters were quite good, assorted menu of meat and freshly caught fish; there is gluten-free bread and they will adapt a menu to be gluten-free. The waitresses were very pleasant. The gluten-free dessert was spectacular. If we return we will certainly come back here.

– raquerillo Via tripadvisor
Our Restaurant

Our Restaurant inside the Pensión functions with a style respectful of its rustic surroundings. It is open to the public and is right in the centre of Hoyos. The menu is based on typical dishes such as cod salad, crêpes of wild mushrooms with Sierra honey, sucking pig prepared Extremeño style, and, among others, the famous lamb stew. Our desserts are renowned for their sweetness – don’t miss our cheese cake with caramel, crumbles and fig biscuits or boletus.

The Sierra de Gata is one of those special places which enrich the lives of whoever visits.

including, except August and Easter

menus and a la carte